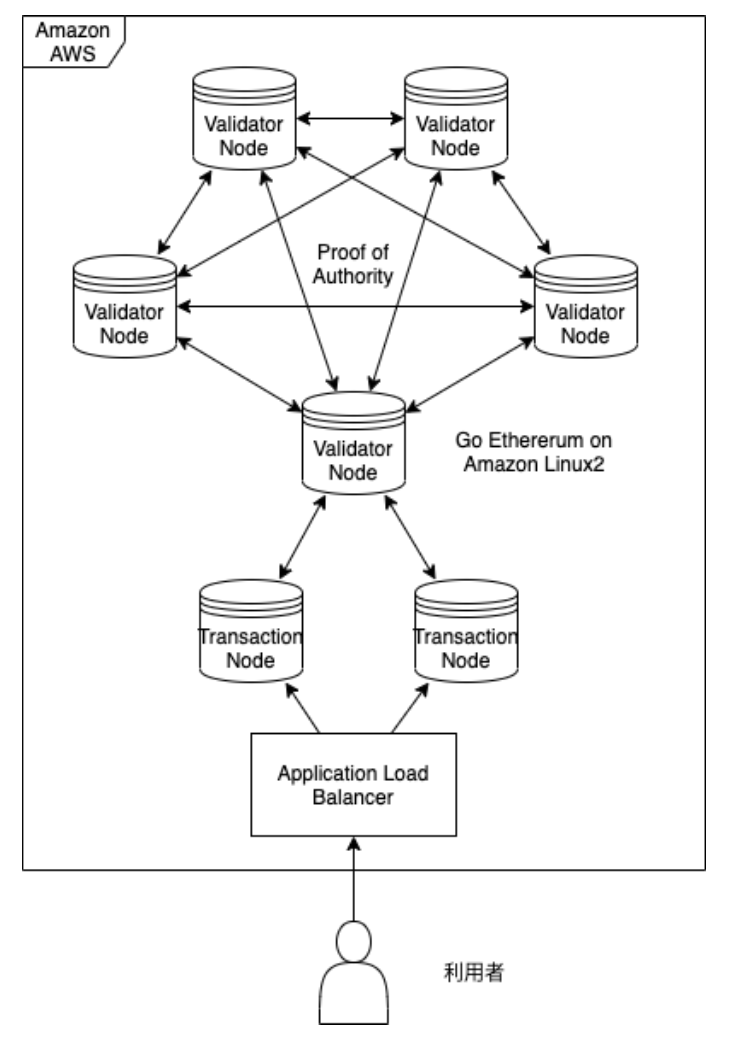 It uses Proof of Authority (PoA) for a consensus algorithm to form cooperation among nodes. While Proof of Work (PoW), which is used in Bitcoin or Ethereum mainnet, is operated in several 10 thousands of node software around the world, PoA is operating blockchain in a limited number of organizations. Instead, this allows PoA to offer the high speed transaction exceeding 1000 tps.

Furthermore, Pow or Pos only holds “Probabilistic Finality”, by contrast PoA ensures “Deterministic Finality”. In addition, Japan Open Chain limits the operators to Japanese businesses thus compliant with the Japanese law system, what is more is stable, controllable, energy-efficient, and eco-friendly blockchain network. It can be used around the world.

Besides, the commissions are extremely reasonable compared to the Ethereum mainnet. Japan Open Chain ensures the network reliability by forming the system operated by up to 21 organization nodes in order to further enhance the credibility of the network.

PoA, as well as PoW, is a formal algorithm developed by Ethereum Foundation. It has long been operated mainly in Ethereum testnet as well as widely used in many cases of building own chains. As a result together with PoW, PoA became the algorithm safe enough to use and will be able to benefit from the Ethereum community.

Japan Open Chain ties up with Ethereum Foundation and forms a cooperative relationship with Ethereum Enterprise Alliance, of which many of the world’s leading companies are the members. Each working group is advancing research on Enterprise Ethereum and able to have technological advice from development members.